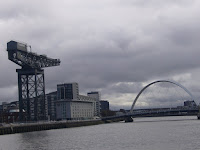 First thought: its all a bit overwhelming. Coming from the comparative bubble of taught higher education (I'm still only on my MA after all), it's a bit of a shock to be suddenly plunged into a the wider world of British (and international) classicism. Or rather a bit of cognitive dissonance. It's a whole wide world of academic networking and interpersonal skills; a number of fellow delegates have said outright that they come more to touch base and renew friendships than to listen to papers themselves.

Not that the sessions are to be sniffed at, as some of those I have seen have been thought provoking, or at least interesting. For me highlights of today have included Kate Hammond's talk on the political intent of Catullus, Micheal Beer on Roman sumptuary legislation, Janett Morgan on the sexuality of Herodotean barbarian women, Llewellyn-Jones on Alexander's concubines, and also Juan Pablo Lewis Jr's reassessment of slaves as talking tools. Janett's talk was a pleasure in particular as it followed the bulk of my undergraduate dissertation in topic, though adopting a different stance in agency.

So far the conference has been generally well organised, and as a full bursary student I certainly can't complain with the standard of the room, venue and food (all provided!). It's just a pity that Classics don't attract the same freebie giving businesses that frequent the conferences of other industries. That would please the freebooter in me.
ca cas classics conference glasgow