Showing posts from June, 2010
Show All 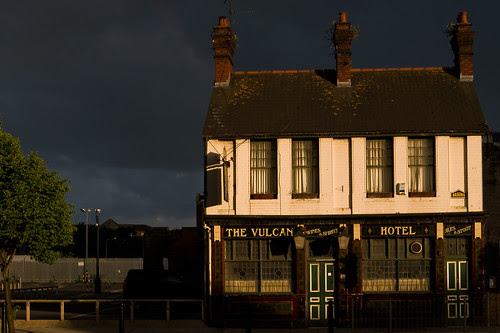 The Vulcan by image-division Wales Online reports that the Heritage Minister has ruled out listing the Vulcan pub in Cardiff . The Vulcan, a Victorian building, had previously faced demolishing as part of a redevelopment plan for the area of the city centre long ago known as Newtown. The threat had led to a vociferous campaign to Save the Vulcan , one which could claim success when a new landlady was appointed. However, the refusal announced by Alun Ffred Jones AM, Heritage Minister to the Assembly Government, must come as a blow to these campaigners, who had surely hoped a heritage grading would forestall future threats to the building. The reasoning given by Cadw, whose role is to protect and preserve the built landscape in Wales in parallel to Heritage England's role across the border, was that “in the case of the Vulcan pub, although there is this historic interest, particularly in the association with the former Newtown area of Cardiff, the linkage is more local in nature
Post a comment
Read more 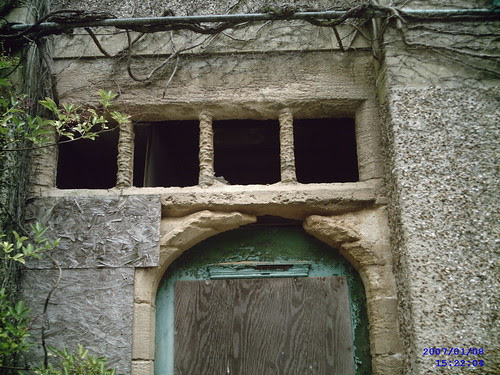 Empty spa buildings by co-ophistorian Tuesday's installment of the BBC Radio 4 programme Making History [ iPlayer ] had an interesting segment on the role of English Heritage gradings. Focussing on the Lincolnshire village of Woodhall Spa, whose almost uniquely, for the UK, European-style eponymous spa had a formative role in the establishment of the settlement, a case is made that English Heritage's priorities for "the preservation of buildings in England is too focussed on architecture, and not the wider heritage of the place that the building is in." [ Programme summary. ] Presumably the sister organisations Cadw, in Wales, and Historic Scotland have similar criteria for protecting the built environment, and these arguments are probably being played out throughout the Great Britain. The spa in question fell into disuse in 1983, when the well collapsed threatening the structural integrity of the NHS facility it had become. As much of the original bathing comple
Post a comment
Read more

Business classes in Latin in Cardiff? I mean, really? 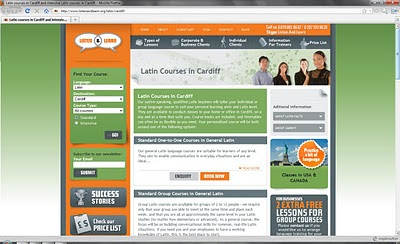 Ever get the feeling that a website just parrots back your search query in order to build traffic, usually in the hopes of getting you to buy something? It's generally considered a pretty bad SEO strategy, as the click throughs from a search engine will usually just result in disappointment, the user leaving quickly, and a bad rep (which = bad Google juice ). Such is a site I stumbled across looking for Latin courses in my local area, which promises, on a page adorned with stock-looking images of generically young businessy types: Latin Courses in Cardiff Our native-speaking, qualified Latin teachers will tailor your individual or group language course to suit your personal learning aims and Latin level. They are available to conduct classes in your home or office in Cardiff, on a day and at a time that suits you. Course books are included, and timetables can often be as flexible as you need.  I was very impressed that they'd managed to procure "native-speaking&qu
Post a comment
Read more
More posts