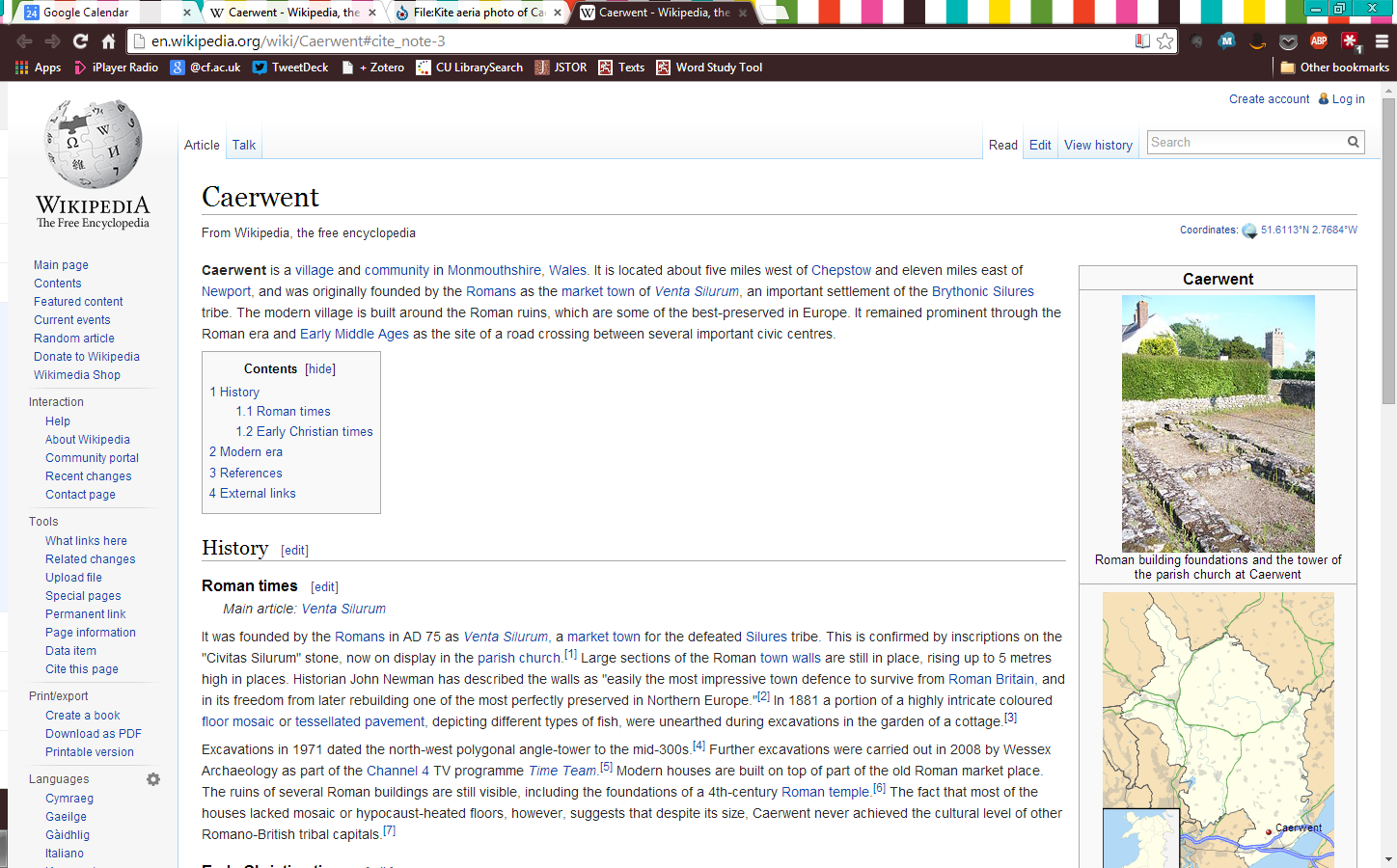 This is the image:

That's not snow, its a near infrared shot and so the verdant grass appears white. You've probably also already noticed that it's an aerial photograph; some sections of that wall running from bottom-centre to top-right are over 5 metres tall and feel distinctly more looming from the ground.

Now this rang a bell. I flicked over into my photo directory and quickly located the file of my last trip to Caerwent. And that confirmed my suspicion: the image above was taken about 20 minutes prior to my first photo of the trip. We bumped into the photographer what must have been a few minutes later, a friendly Dr Wells from West Lothian Archaeology. He was kind enough to share a few words with us about what he was doing and the activities of his team who specialise in Kite Aerial Photography among other things, which is what he had been doing that day.

KAP is a fascinating and fun-looking way of engaging with archaeology and the built environment around us, and seeing this image has reinvigorated my pipe dreams of getting into it. The cost bar for entry is not too bad, but high enough to stymie my all too vague intentions at couple of hundred pounds (£s). There's loads of information including links to buy your own rigs at the West Lothian Archaeological Trust's website, Armadale. Maybe I can persuade someone who influences the purse strings that I need a kite and rig for some legitimate academic activity. Maybe one day.

By the way, this is what the same site, same time looked like to us terrestrially-bound, visible spectrum types: 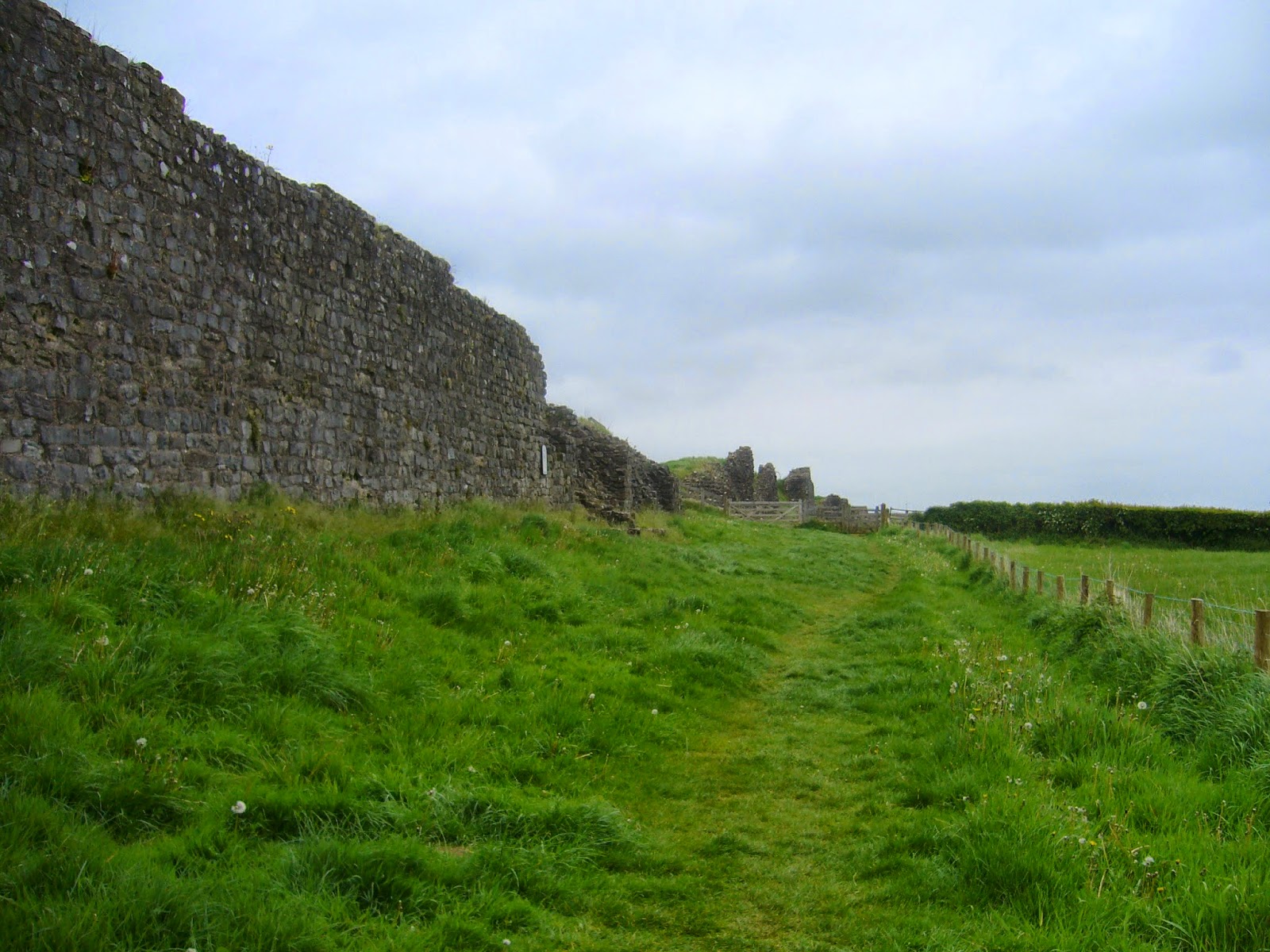 Caerwent is a remarkable site that is missed entirely by the heritage industry despite having some of the most impressive free standing Roman walls in the UK, visible hypocausts, and, drum roll, an exposed forum area. What is more, it is necessary to understand the administrative and civil role of  Roman/Silurian Venta (=Caer (fort) + Went (Venta)) in order to understand the military role of more famous Isca (Caerleon) 15 miles away.