Ritual space and dressing up statues in Tokyo 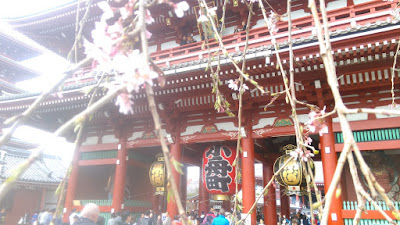 I recently  had the good fortune to spend a week in Tokyo with some old and very good friends of mine. I was able to make a return visit to the Sensō-ji shrine, Akasuka, which is impressive for all sorts of reasons. But what struck me this time around was the opportunity to somatically understand polytheistic religious spaces outside of the Western, Christian tradition. Indeed, the orientation of the major shrine, its satellite minor shrines, numerous monuments dedicatory to persons and deities of various types, and the bustling bazaar selling everything a pilgrim or visitor could want to sustain themselves or commemorate their visit is a much better model for understanding the sacred spaces of antiquity than models afforded by the church paradigm, which seeks to contain and constrain the religious experience along different paradigms. Of course, this is unsurprising, given that the ancient world was predominantly polytheist in opposition to later antiquity through to the medieval world and beyond, yet as always there is something to be said about refreshing one's pragmatic understanding.

Plus, this time around several of the statues were clothed. Not only being very cute, this reminded me again of ancient practices, where many statues were likely either normally clothed or were clothed at significant times of year or during festivals. The dressing of Athena in the peplos is the most obvious and well known example. Here they, and their komainu ('lion-dog') guardians were dressed in a distinctly modern fashion.

Apologies for the quality of the photographs! 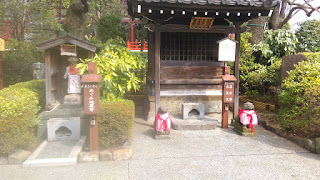 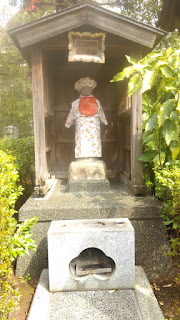 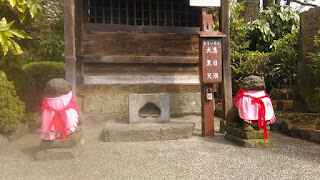 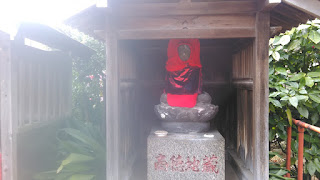 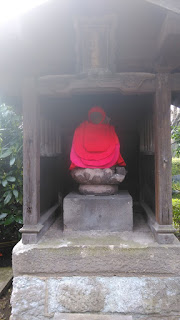 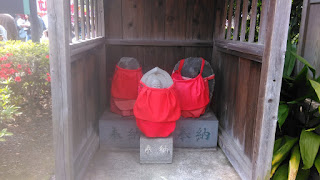