On the removal of statues 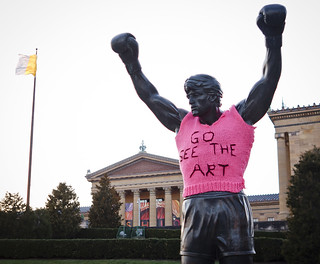 THIS morning, a friend messaged me to ask my opinion on the issue of the removal of statues from public space. Well, he actually sent me a link to a youtube video and asked my take on it, and like any good academic I didn't watch the argument it made but formed opinions purely in response to its title.

My reply to him was that I'd have to blog it, because I don't think that there's an unequivocal solution or explanation to the problem, and that my thoughts weren't suitable to the immediacy of instant messaging.

I say problem, because it has increasingly become one of late. Before the violence of Charlottesville, and the subsequent mass removal of statues commemorating US Confederate leaders, there was already increasing consternation about statues in public or quasi-public spaces, in particular statues on university campuses to Old White Dude benefactors who may definitely have built their fortunes on the misery of the trans-Atlantic slave trade. Bristol and other cities whose expansion and greatness was built on the slave trade, have had similar experiences of this problem in recent years. Ukraine has reportedly just removed some 1,320 statues of Lenin as part of the pro-Western government's programme of de-communisation. All this is to say that this is not a problem confined to either the US or to parts of it, but is found in multiple sites globally. In Wales, the rainy outcrop of the UK in which I reside, one might look to the consternation over a planned sculptural ring of iron as the expression of the same problem; it is not confined to statuary alone.

What is a statue, or other publicly displayed art, for? Its existence and signification is diachronically constituted; it exists in past, present, and future. Indeed, their artistic form is predicated on longevity and passage of time, the development of patina or weathering forming the work and confirming its existence as part of the landscape, naturalised and embedded. The figures represented, at least in the case of statues, take on the role as foundation figures therefore, as those depicted die and pass into memory and mismemory. Formational of the present, they are expected to outlive us, and shape in turn future generations of our community.

The problem is, at heart, that of what happens when who we are changes? In recent years, the UK has been rocked by a series of scandals, as the death of celebrities of the past has not been associated with their expected memorialisation but by revelations of their sexual depravity. The highest profile of these in this country, Jimmy Saville, likely carried out the statutory rape of hundreds of children. But the past, and the people who inhabit it, is always to some degree repugnant, when viewed from modern moral frameworks. And the more liberal morality becomes the norm, woke is the term recently attached and trendy, the more repugnant the past will look the more we look at it.

What then to do with those figures lauded by public statuary, but for whom we no longer feel sympathy (as distinct from empathy)? The current impulse seems to be to remove. But I am not convinced that this is the best strategy, and believe that it poses its own moral hazards. For example, removal of Confederate figureheads might reduce the public laudation of slavery-promoting individuals, but removal from the public historical record simultaneously feeds into the myth of American innocence. And what if a British university or city removes a statue or name to a historical benefactor, does that efface the historical trauma that that individual caused, or the collective pain that our societies and cultures have made? I cannot concede that it does. Nor can I help but feel that there might be better strategies out there, at least in some circumstances, by which the past can be not erased but instead put under erasure, its crossing out visible as argued for by Jacques Derrida. Indeed, our modern zen for absolutism has precluded the messiness of the past. Most cultures have had rituals for effacement, for the commemorative erasure of sanctioned figures. From the ancient world, the damnatio memoriae of Roman emperors is the best known, but we are increasingly aware of the extent to which rituals of 'killing' applied to any object charged with symbolic power, including houses and swords.

The advantage, to the present and the future, is that in retaining the destroyed, by putting it under erasure rather than erasing, we can continue to contest the meaning of the past. Far better than forgetting, or rather pretending, that our present situation is not based on a heritage of oppression and imperialist advantage over the downtrodden, both external and domestic.

Strategies for doing so are diverse. Ritual mutilation might be one extreme. The emplacement of educational plaques to recontextualise our understanding a more moderate solution. The conversion of the work through the cooption of arts insubordination might work well too--I'd love to see more supposed yarn bombing (see picture at top) of such statutes for example.

It is right that communities be allowed to contest their past, and this is a question for each locality to suss out. While, of course!, white supremacist, neo-Nazi, and nationalist ideologies should be resisted, it should be remembered that figures of the past operate in multiple dimensions--while the residents of Charlottesville might have come to privilege the signification of the immorality of slavery in their display of Confederate figureheads, that is not true of all communities...for many the mythic function of such statues is not to celebrate slavery but to act as mythic foundation figures. Blanked removal might not be suitable, as, somewhat justifiably, many communities will view it as an attack on communal sense of self. But as our communities change, as access to education and power is increasingly no longer the privilege of Old White Dudes, we can only expect the repugnancy of the men of history to loom ever larger over their mythic roles as founder figures.

As ever, I've rather dashed this blog post off, so caveat lector!